Created in Adobe Illustrator and Photoshop, this infographic was a based off a narrow topic choice of Aliens and UFOs in my infographic class. During my research for the project, I came across a documentary movie by Linda Moulton Howe, an investigative journalist, who tried to uncover what was going on behind the cattle mutilation and abduction stories in her 1980 documentary film "A Strange Harvest."

I found Moulton's work fascinating. Though it hardly seems like a subject for an investigative journalist, she covered a topic that had moved off the pages of the "Weekly World News" into the popular press. Today it seems hard to understand how the country could have been caught up in alien abduction and cattle mutilation accounts, but at the very least, it documents the country's fascination with the subject at a specific point in time. 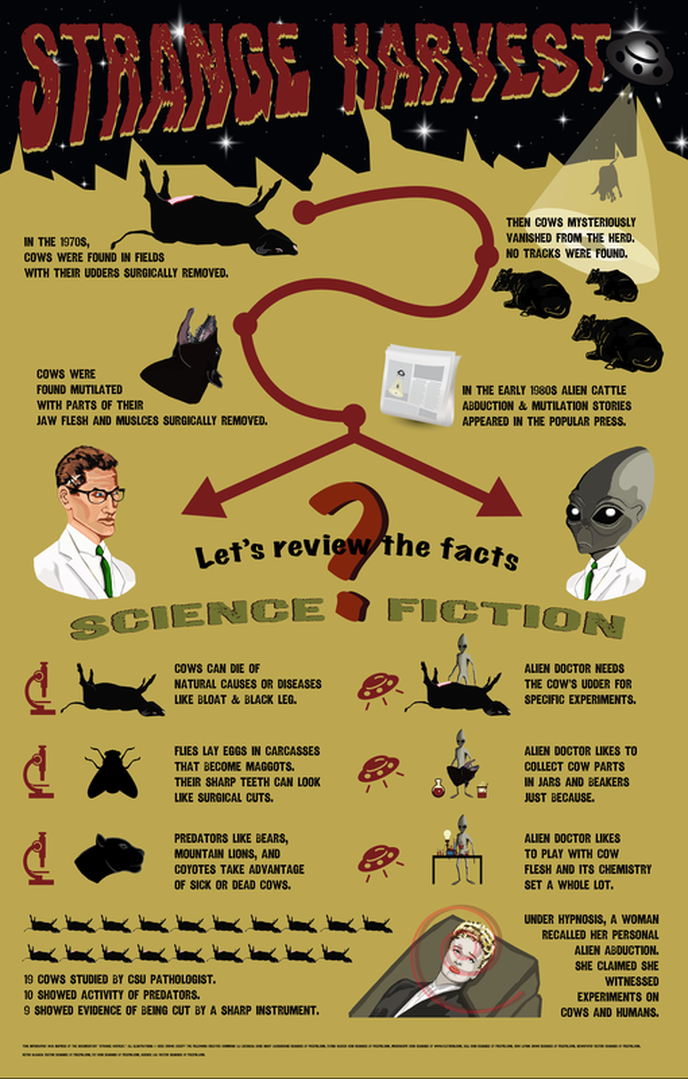